Choose your location below: 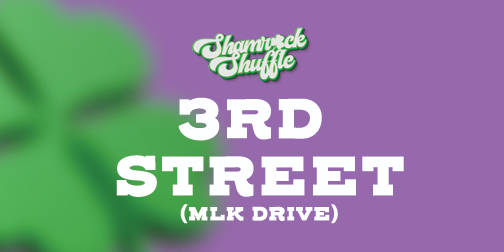 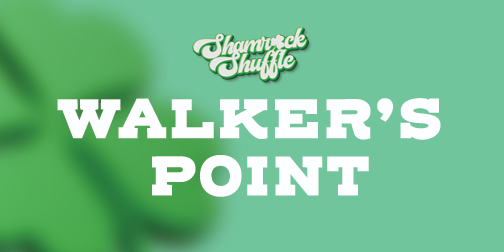 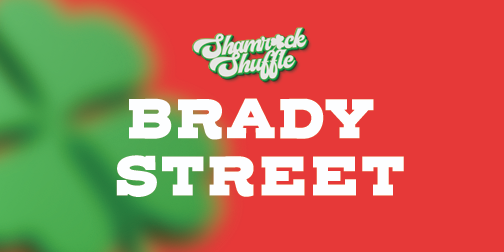 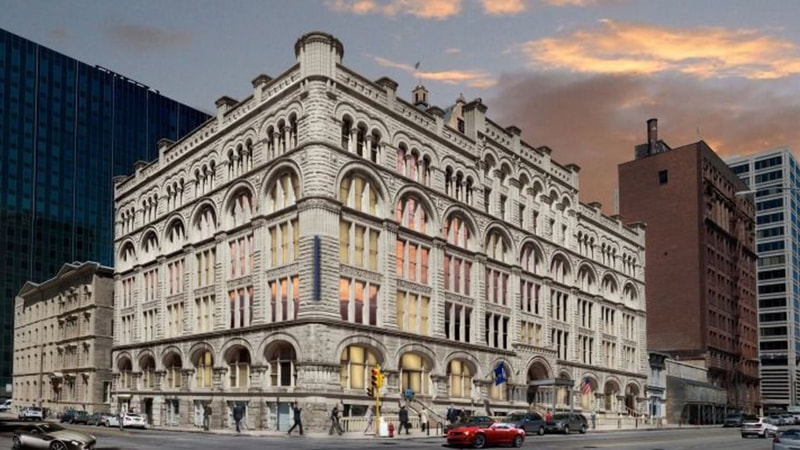 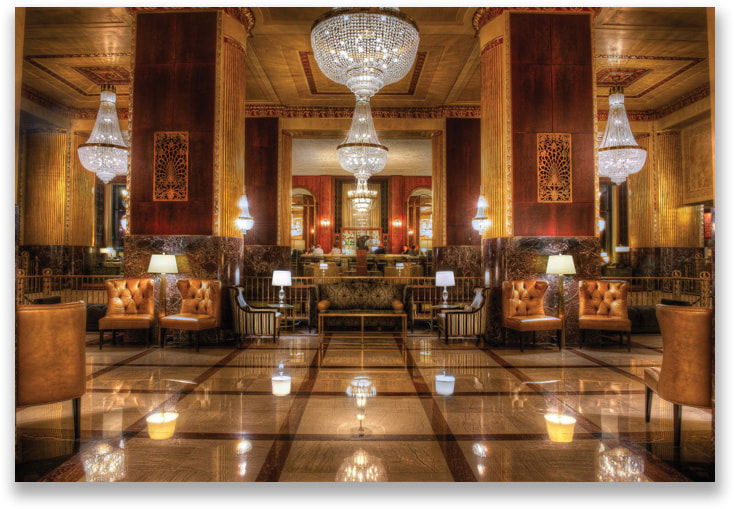 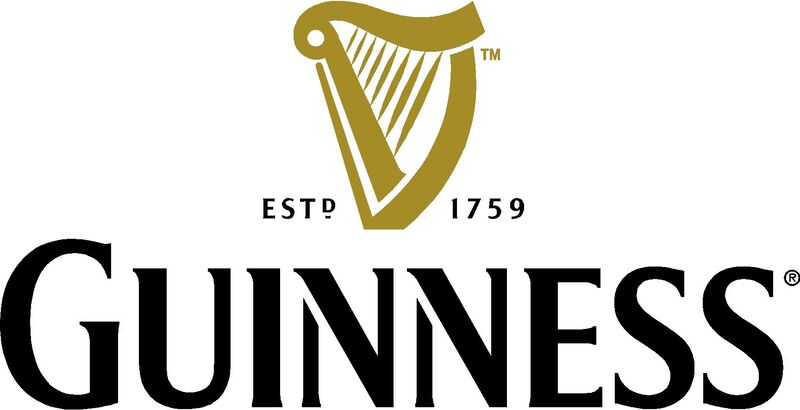 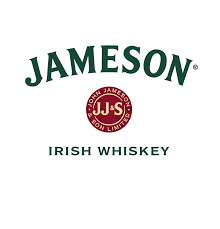 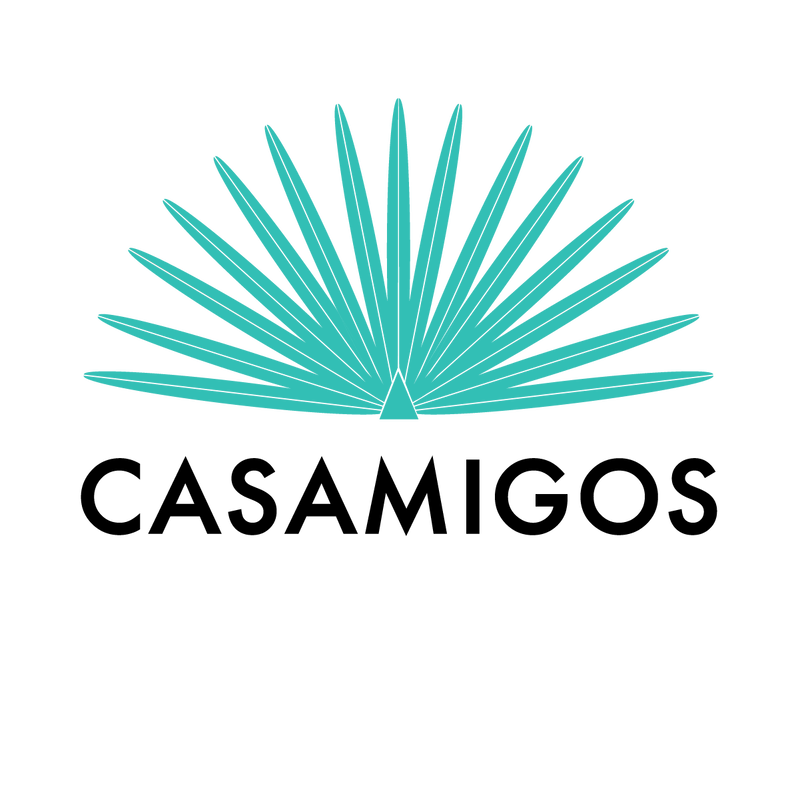 The Shamrock Shuffle is more than just the biggest St. Patrick’s Day themed Party in Wisconsin. It is a community event which brings people together to not only celebrate one of America’s most celebrated holidays but an event that brings thousands of people into the City of Milwaukee every year from all over the United States.​ The Shamrock Shuffle also creates hundreds of jobs for bars, restaurant, security, and MPD employees on a usually quiet Saturday.

The organizers, SWARMM Events also host a 4k run called the Jig Jog, which takes place along Milwaukee’s Lakefront the morning of the Shuffle.

On a wintery day in 2010, Michael Sampson decided to create a pub crawl event.  He teamed up with NEWaukee and Milwaukeedrinks.com to create the Shamrock Stumble Pub Crawl on North Avenue.  The event proved to be successful as 1,529 attendees showed up for the inaugural event.

In 2011 NEWaukee and Milwaukeedrinks.com, now Art Milwaukee decided to take the event down to Water Street and called it the “Shamrock Shindig”.  Michael Sampson Events wanted to keep it on North Avenue and decided to run the “North Avenue Stumble Pub Crawl”.  Michael Sampson Events and the North Avenue bars worked hard to make the event successful and doubled their numbers from the previous year and had 3,021 attendees on North Avenue wearing the popular green “Teach Me How to Stumble” T-Shirts.  The event donated $1,500 to the City of Appleton for a K9 unit in memory of Ryan Fieck.

In 2012 Michael Sampson Events changed the event name to the “Shamrock Shuffle” in order to clean up the events image and stray away from the name pub crawl.  The year brought rising attendee numbers to 3,604 and attendees enjoyed their black “Every Day I’m Shufflin” T-Shirts, made after the popular LMFAO song.  The event raised $3,200 for the Hunger Task Force.

In 2013 Michael Sampson Events was asked to bring the popular North Avenue event to Water Street as well.  There were 6,542 attendees wearing green “Keep Calm and Shuffle On” T-Shirts.  Michael Sampson began a partnership with Weekend Natives Photography as well as hired GO Riteway for safe rides home and Jani-King to clean up the streets after the event.  The event raised $7,500 for MS Run the US and $500 for UWM’s Make a Wish Program.

In 2014 the Shamrock Shuffle added the Jig Jog 5k run on Milwaukee’s Lakefront bringing in over 600 runners.  The Shuffle expanded to Old World Third Street and had a very safe and successful event bringing out over 7,551 attendees and raising $15,000 for MS Run the US.

In 2015 the Shamrock Shuffle event expanded to Brady Street and had another safe year bringing in over 8,000 attendees and raising $20,000 for the Hunger Task Force.

In 2016 the Shamrock Shuffle event had another safe year bringing in over 8,500 attendees and raising $15,000 for charity!

In 2017 the Shamrock Shuffle event had another great and safe year bringing in over 9,000 attendees to the City of Milwaukee and raising another $10,000 for charity!

In 2018 the Shamrock Shuffle added Cathedral Square and had another safe year bringing in over 10,000 attendees and raising over $10,000 for charity.

In 2019 The Shamrock Shuffle celebrated it's 10th Anniversary and had another safe year with over 11,000 attendees, and added the Walker's Point area to the participating streets! The event raised over $10,000 for charity!

What is the Shamrock Shuffle?
The Shamrock Shuffle is more than just the biggest St. Patrick’s Day Party in Wisconsin.  It is a community event bringing people together to not only celebrate one of America’s most celebrated holidays but an event that brings thousands of people into the City of Milwaukee every year on the Saturday before St. Patrick’s Day.  Event is 21+!

What is the date and time of the event?
The Shuffle is Saturday March 4th, 2023.

What does a ticket get me?
Shamrock Shuffle T-shirt, Passport Lanyard for Food & Drink Specials, No Cover Charges at bars, Charity Donation to the Hunger Task Force and Special Olympics, Live Irish Music and DJs, Complimentary Water and The Best St. Patrick's Party of your Life!!!

How do i get my shirt?
Pickup is at Potawatomi Casino the Tuesday and Wednesday nights before the event.

Can i get a larger shirt?
Yes we have up to 5XL available but anything from 3XL-5XL needs to pay for the additional add on for the upcharge in cost.

How many areas are there?
You get to pick from 4 areas in the city of Milwaukee. Third Street (MLK drive), Water Street, Brady Street, Walkers Point area (2nd and National)

Does the event support a charity?
Yes. Since its conception the Shamrock Shuffle has raised over $100,000 for local charities!

What is the Jig Jog 4k?
The Jig Jog 4k is a separate event that is tied to the Shamrock Shuffle.  It is a 4k run supporting Special Olympics. We hope to return this event in March of 2023.

Where do I pickup my T-Shirt?
Potatwatomi Casino Event Center on Tuesday Feb 28th and Wednesday March 1st.

Can I go to any street the day of the event?
No.  This event is based on capacity so please stick to the street that you signed up for to keep everyone safe!

Do I need to wear my shirt and lanyard?
Yes.  This is how the bars security staff will know that you are on the right street and participating in the event to get the drink specials.

If I cant make it do i get a refund?
No sorry. We order the T-shirt for you when we get your order but you will get a great shirt!